Tours: Guided tours of the campus area can be booked by either calling +358 40 805 4579 or emailing kampusmuseo@jyu.fi

The first buildings at the Seminar Hill were built already in 1880’s. Konstantin Kiseleff’s redbrick buildings are the oldest buildings in the area. Seminar Hill and the Jyväskylä University Campus area is nowadays protected by law. The University area represents many historical layers and it is therefore considered to be one of the areas richness as well. It is also considered to be a good example of an area where modern and older buildings go together seamlessly.

The Jyväskylä University campus is largely made up of the buildings designed by Alvar Aalto for the Jyväskylä College of Education, later the University of Jyväskylä, in the 1950s. Aalto won the architectural competition with his URBS proposal in 1951. Various buildings were then completed all the way to the 1970’s based on Aalto’s plan. The proposal name URBS refers to a city and therefore all the buildings were placed to the area in a city-like form.

The layout, based on the winning competition proposal, is derived from the American campus principle. Originally, it consisted of buildings designed to serve both the teaching and administration of the College, including the main building and library, the teaching-practice school, the refectory and hall of residence, two gymnastics buildings, an indoor swimming pool built by the student union and subsequently extended several times, plus a residential building for the staff and a boiler house. Aalto’s original scheme forms a crescent or ’horse-shoe’ around the sports ground.

Red brick was used as a dominant building material. Some buildings represents in addition to red brick also light-coloured granite, rendered or concrete surfaces. The lighter materials were also used in order to highlight hierarchically significant places. Lighter surfaces can be found for example on the upper floor of the administrative wing of the main building, the meeting space called Lyhty, as well as the entrance to the offices of the director of the teacher training school. However, the Department of Sports Science building differs from the rest of the red-brick campus area as it has a white-rendered façade. Excluding some changes that have been made through the years, the exteriors and interiors of the building have been preserved well. Particularly the interiors of the the main building and the library have been preserved very well.

– the practise school, the boiler room, the practice-school gymnasium, the dining rooms Lozzi and Lyhty, the student hall of residence
– the buildings were put to use in 1954

Aallonpuisto plans were put to use on 1959. Plans for the external areas and planting, drawn up by Alvar Aalto in collaboration with landscape architect Onni Savonlahti, were implemented and have gradually evolved. The wall on the Seminaarinkatu side was built in 1964. 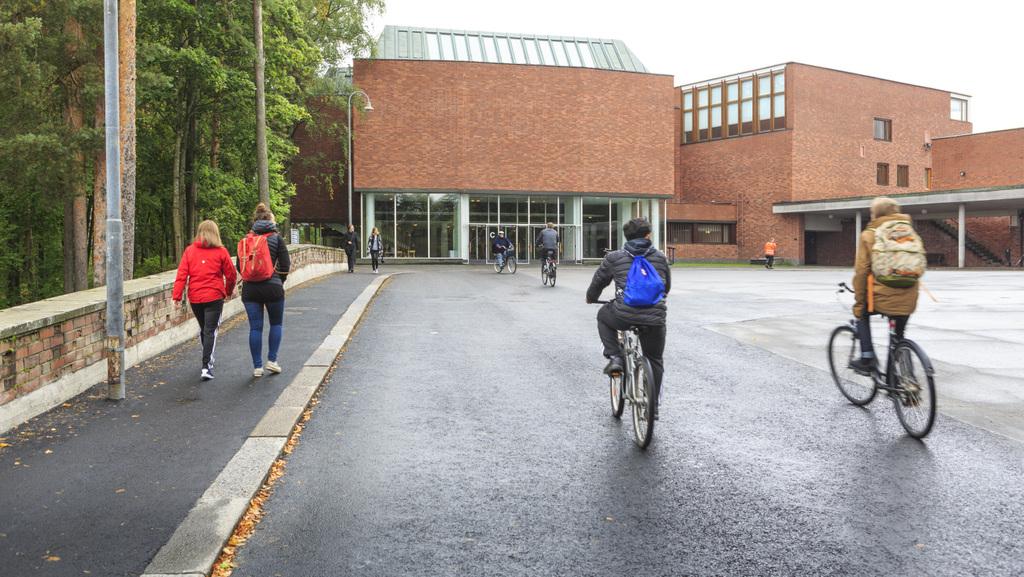 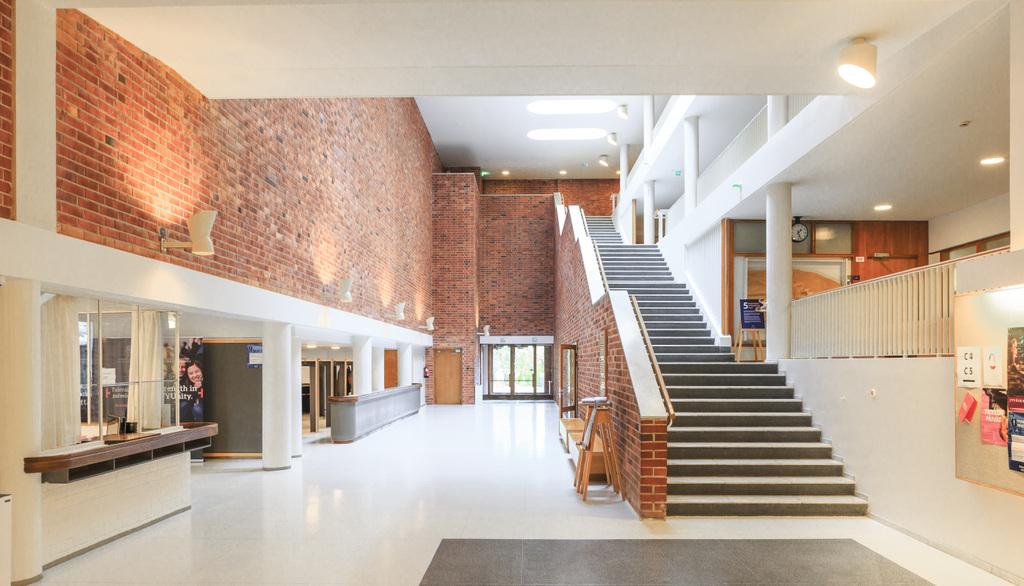 Aalto won the architectural competition with his URBS proposal in 1951. Various buildings were then completed all the way to the 1970's based on Aalto's plan. The proposal name URBS refers to a city and therefore all the buildings were placed to the area in a city-like form. 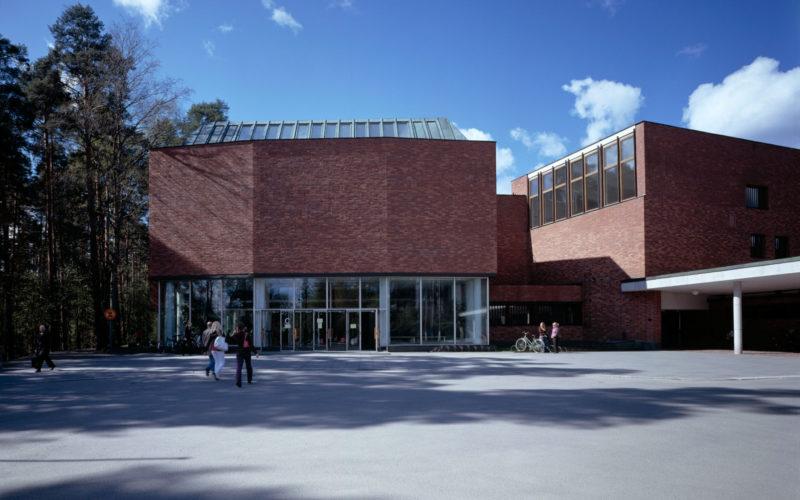 Main building of the Jyväskylä University campus is the most famous one in the area. Photo: Maija Holma, Alvar Aalto Foundation 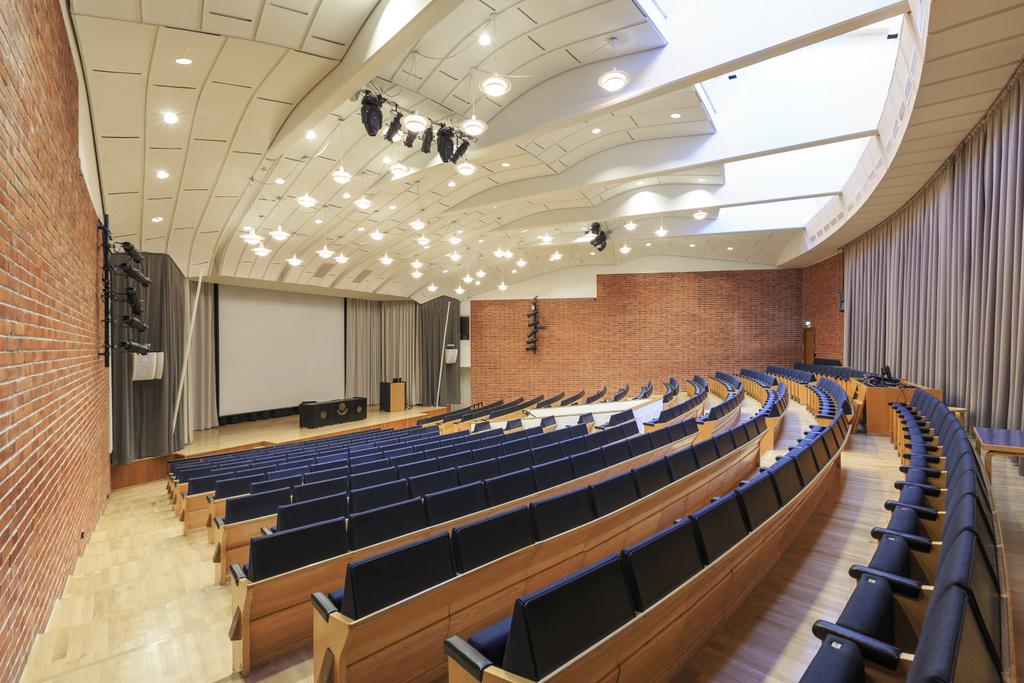 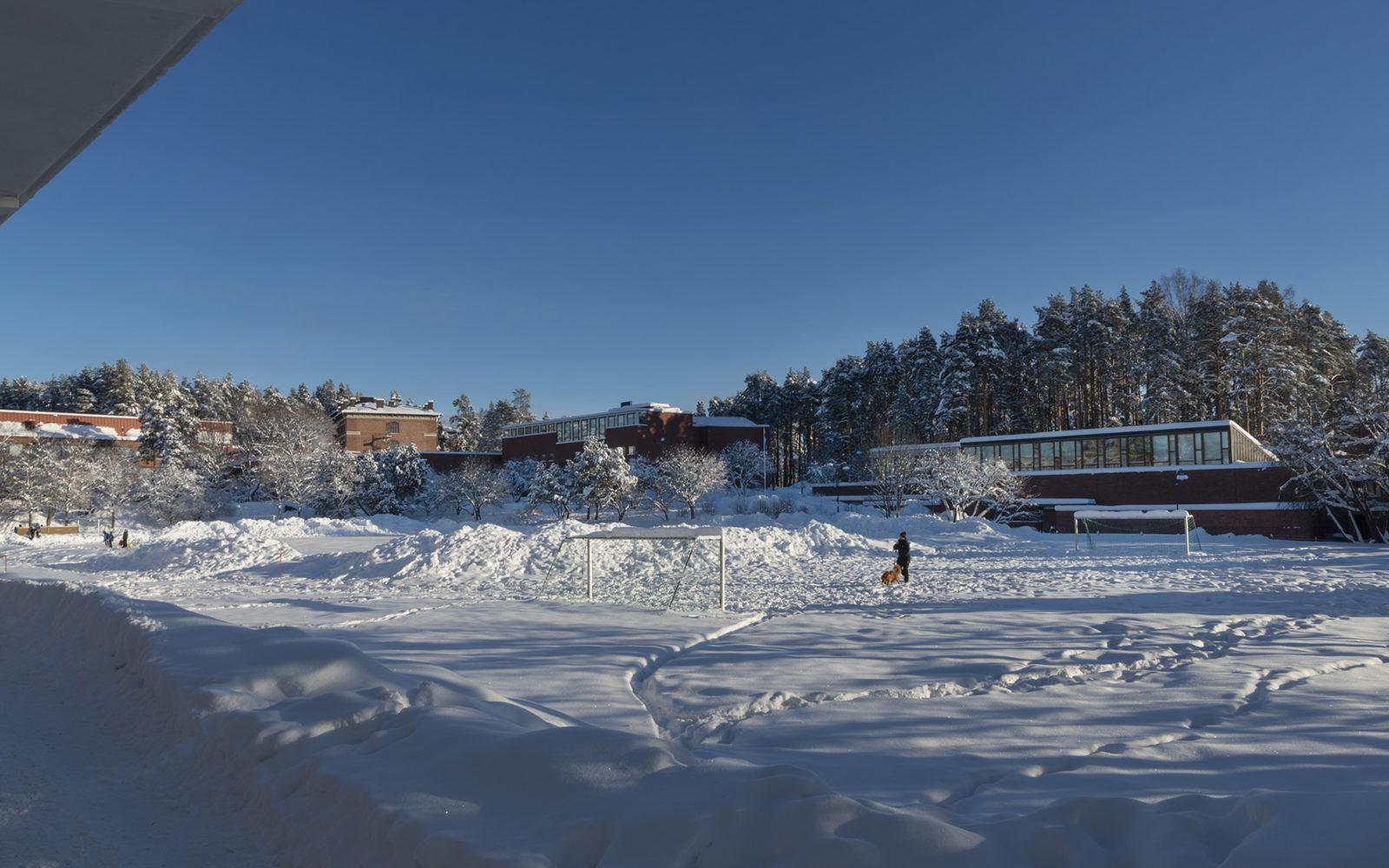 Lozzi, located on the right, was designed to be a cafeteria for the students. Photo: Maija Holma, Alvar Aalto Foundation 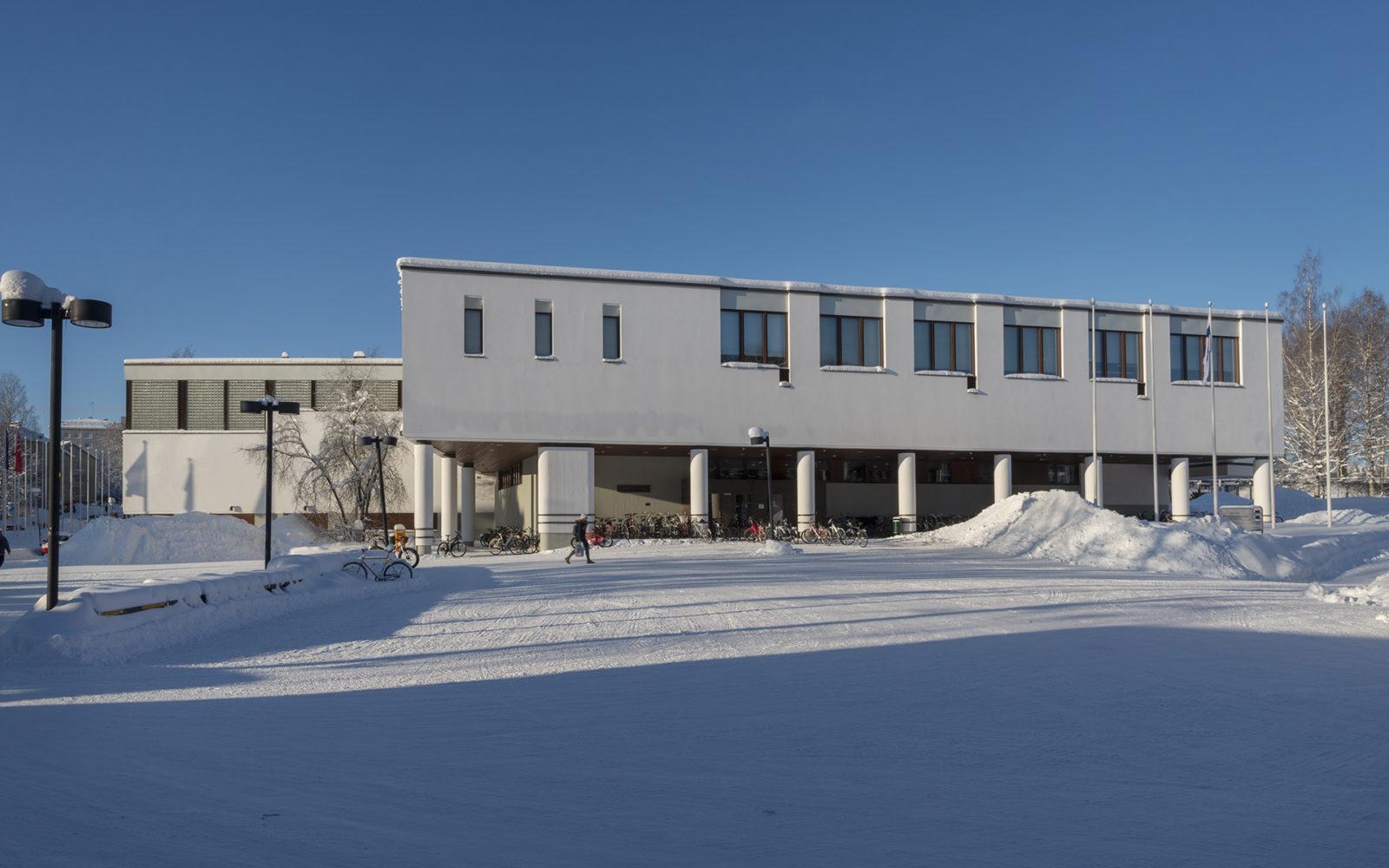 The Faculty of Sport and Health Sciences building was the last building that Alvar Aalto designed to the area. Photo: Maija Holma, Alvar Aalto Foundation 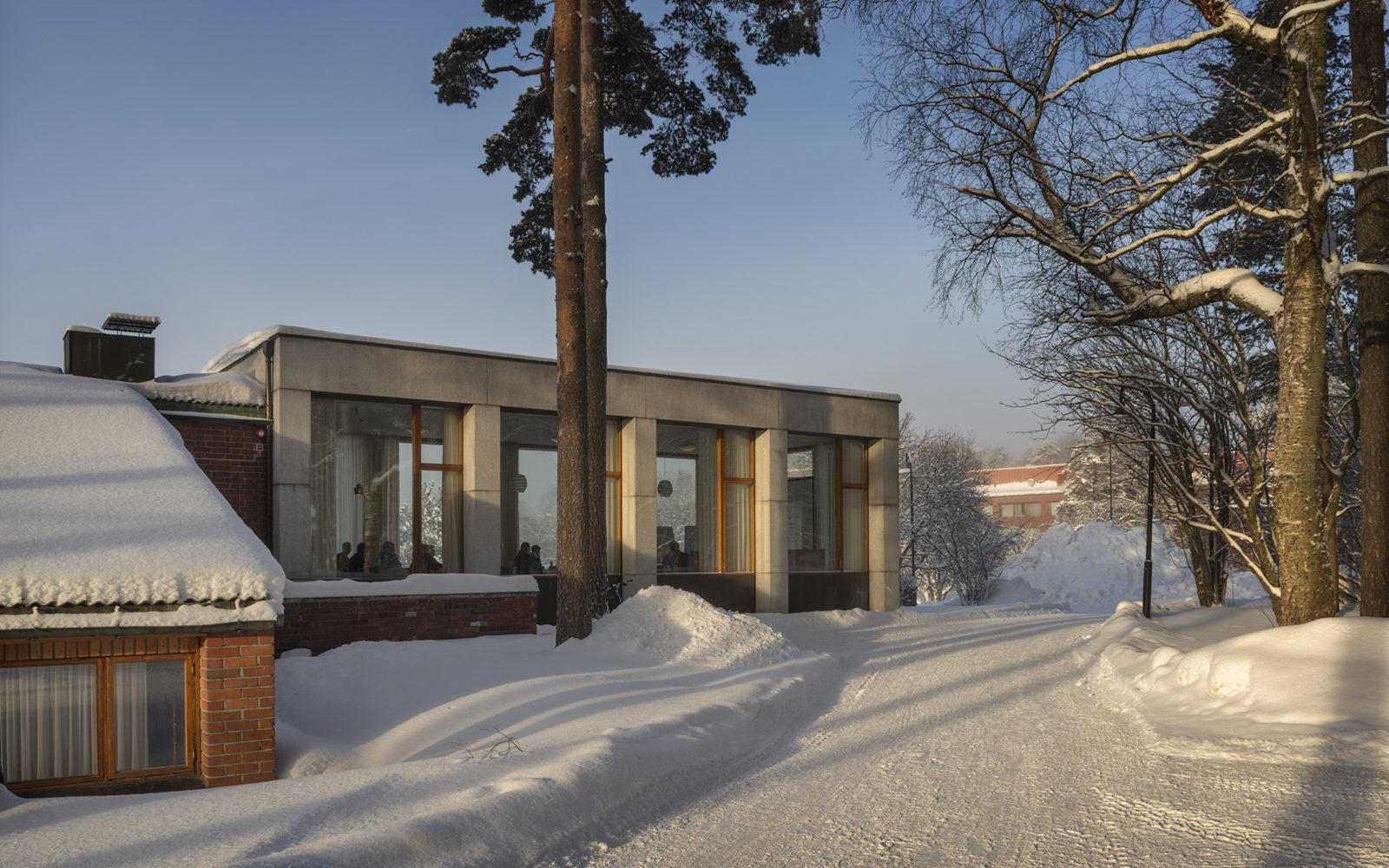 Lyhty was designed to be a cafeteria and meeting space for the teachers of the university. Photo: Maija Holma, Alvar Aalto Foundation 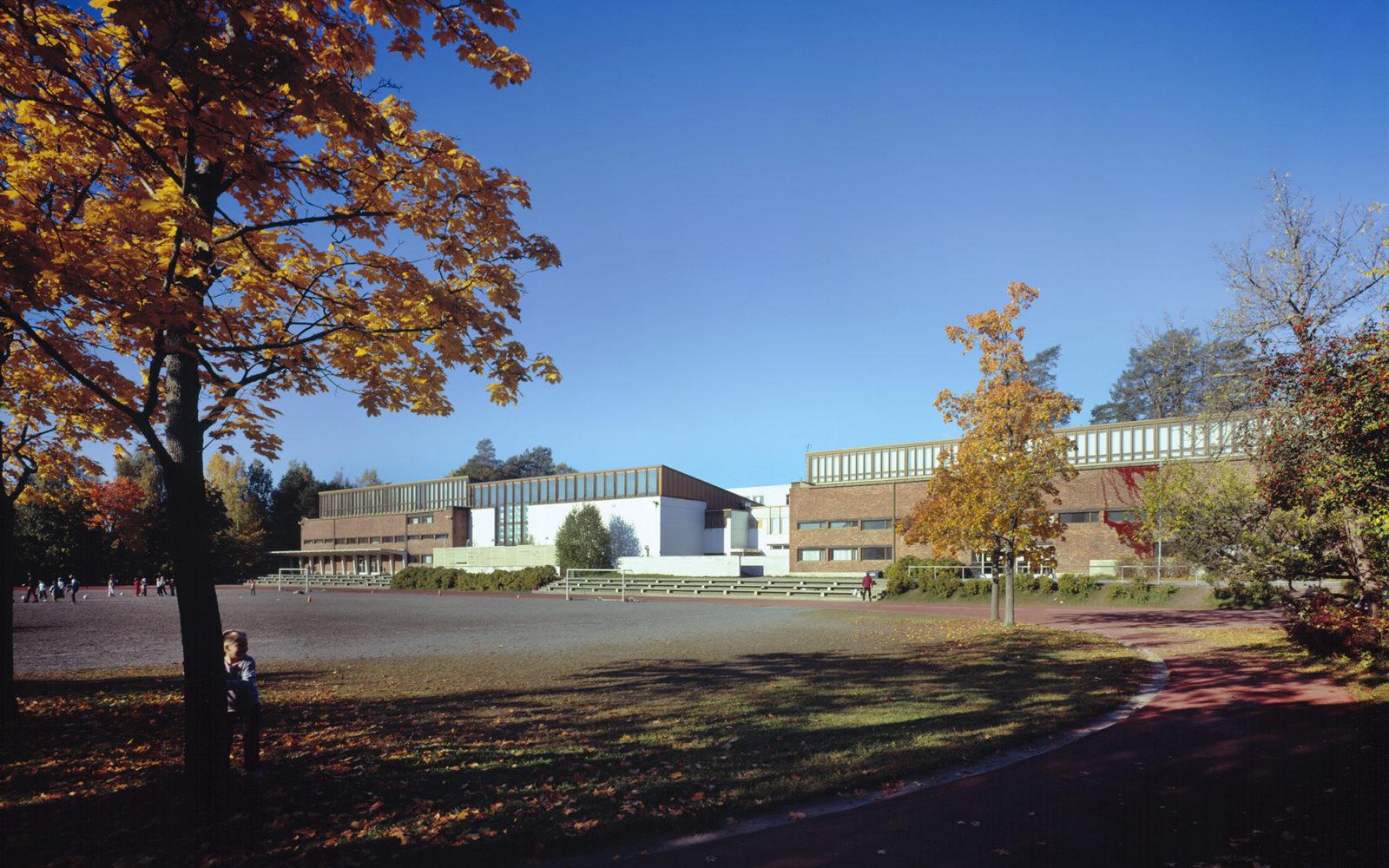 Arriving to the Jyväskylä University campus

From the Travel Centre in Jyväskylä there are several bus connections to the campus area. For example bus 12. The journey time is approximately 20 minutes depending on the bus. Read more about the public transport in Jyväskylä from this link (in Finnish).

Read more about arriving to Jyväskylä and other Aalto sights

Guided tours of the campus area can be booked by either calling +358 40 805 4579 or emailing kampusmuseo@jyu.fi
Book your visit