Tours: Travel programs and guided tours in Seinäjoki region with Visit Lakeus Oy Inquiries via email sales@visitlakeus.fi or by calling +358 (0)6 420 9090.

As an architectural whole, the Seinäjoki Civic Centre, or Administrative and Cultural Centre of Seinäjoki, is unique on a global scale. Seinäjoki is also the location of the Defence Corps Building built in 1924-26, one of the rare works from Aalto’s youth. The Administrative and Cultural Centre consists of six buildings and the Civic Square completed in 1988.

The Administrative and Cultural Centre in Seinäjoki emerged from two architectural competitions, and it was built in 1958 to 1988.

Alvar Aalto won a church architecture competition arranged by the Parish of Seinäjoki with his plan “Lakeuksien risti”, Cross of the Plains, in 1951. Seven years later, he won the design competition for the centre of Seinäjoki. Aalto was commissioned to design the town hall, library, theatre and government office building, all of which he had outlined in his competition suggestion.

Aalto’s architectural office designed not only the buildings of the Administrative and Cultural Centre but also the outdoor lighting fixtures, barriers, surface materials for yard areas and plants for the Centre.

Alvar Aalto’s plans for the centre of Seinäjoki were based on monumental but easily approachable squares and other open areas between public buildings. When Aalto was young, he admired the antique cultures, and this is reflected as a forum which was also influenced by the Italian piazzas.

The buildings around the Civic Square in Seinäjoki – the Town hall, Library and Seinäjoki theatre – border the square paved with granite paving and cobblestone. According to Aalto’s suggestion, the square was designed for conferences and summer meetings, and of course as a meeting place of citizens. Alvar Aalto wished that squares intended for the assembly of people would promote a “new renaissance” for the forming and exchange of opinions through social interaction.

The Aalto Centre was built gradually. The last part to be completed was the Civic Square with its fountain and plantings. The paving of the square continues on the eastern side across the street, linking the administrative and cultural buildings to the church buildings. This constitutes an overall work of art of six buildings and the square. 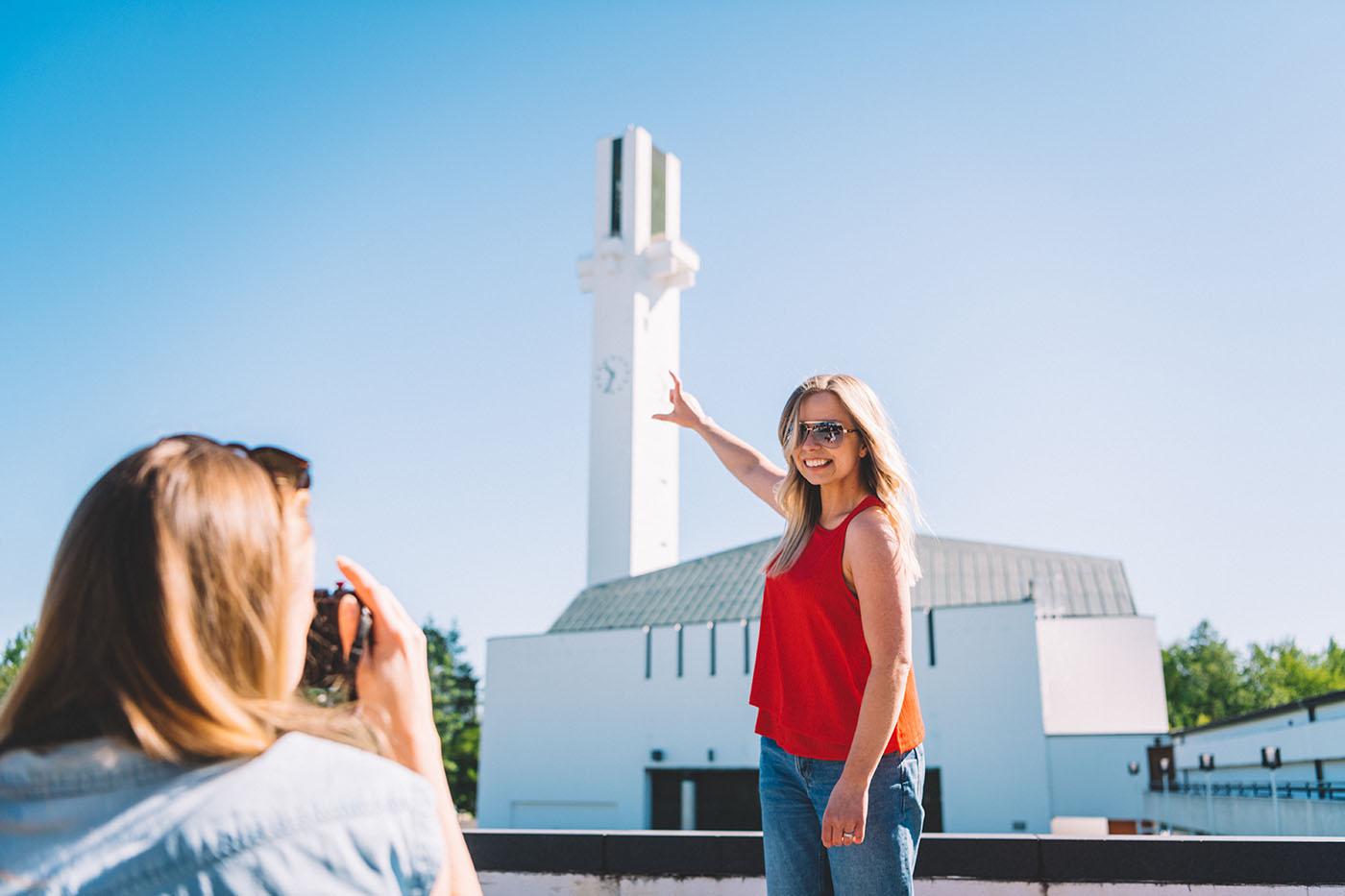 Guided walking tour of the Aalto Centre is a great way to get to know Seinäjoki city. Photo: Visit Seinäjoki 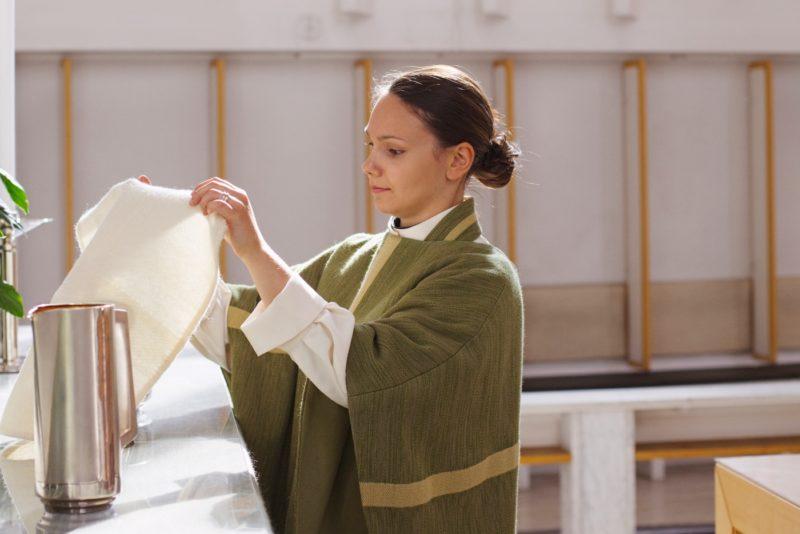 The Cross of the Plains Church in Seinäjoki. Photo: Visit Seinäjoki, Katja Lösönen.

Alvar Aalto wished that squares intended for the assembly of people would promote a “new renaissance” for the forming and exchange of opinions through social interaction. 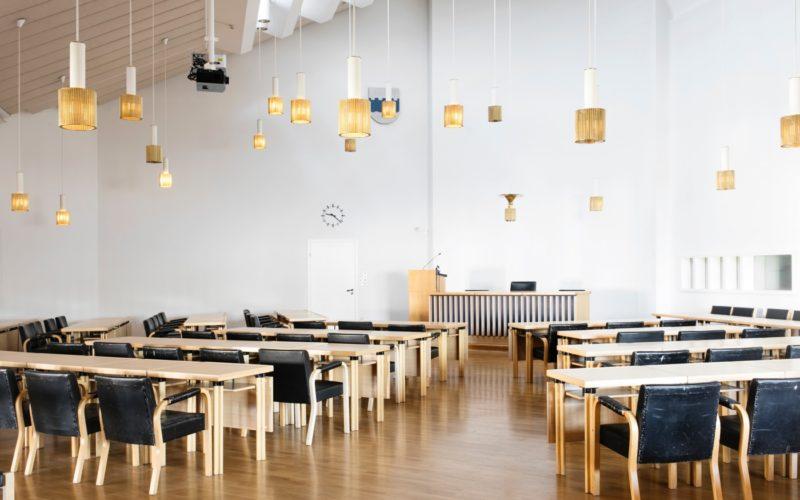 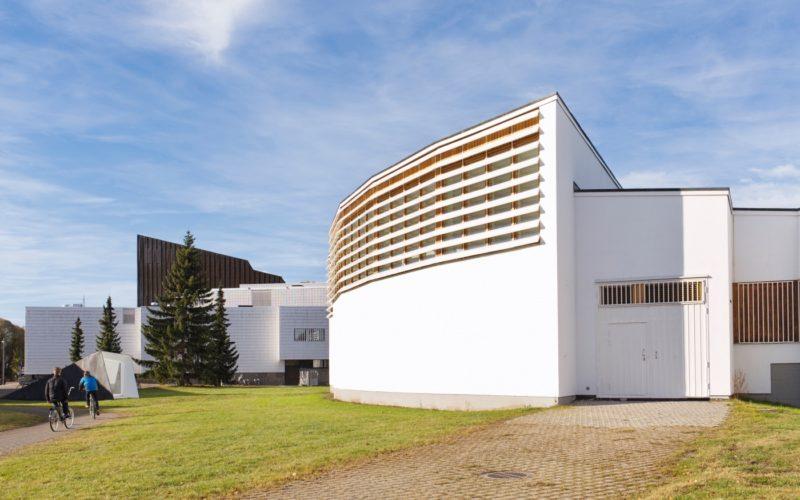 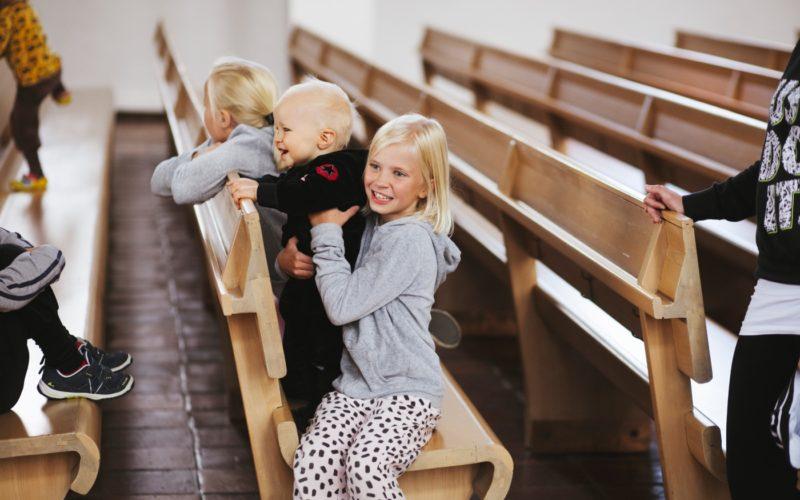 The Cross of the Plains Church in Seinäjoki serves families at The Aalto Centre. Photo: Visit Seinäjoki, Katja Lösönen. 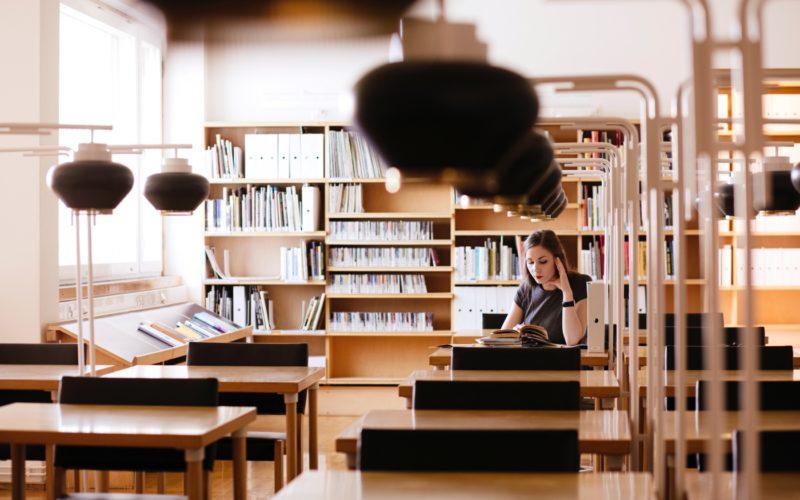 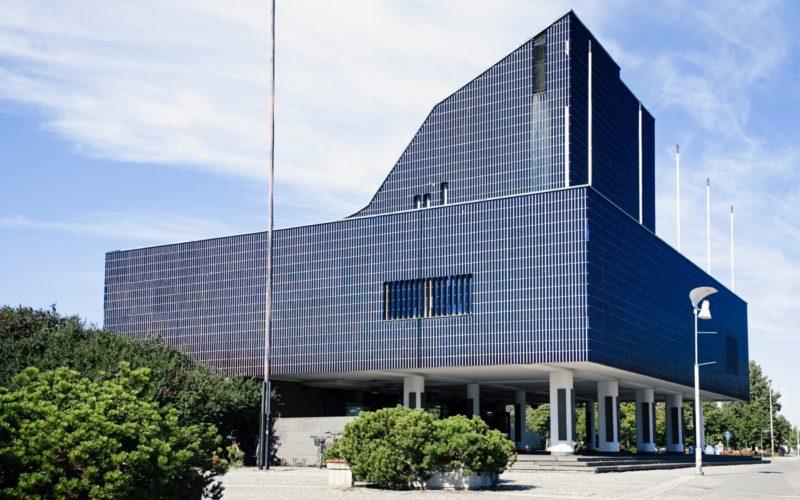 Explore sites in The Seinäjoki Civic Centre on the map

1. The Cross Of The Plains and the Parish Centre

Sites in The Seinäjoki Civic Centre 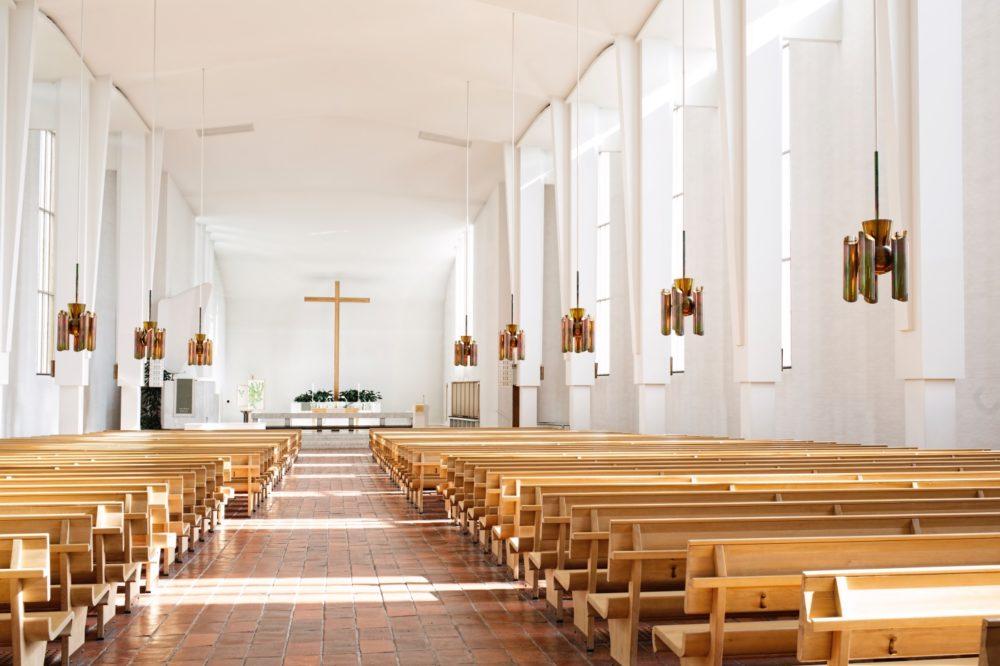 The Cross Of The Plains and the Parish Centre

Aalto took part in a competition for a large church and parish centre announced by Seinäjoki parish in 1951, sending in an entry marked “Lakeuksien risti” (“Cross of the plains”). Instead of placing the parish rooms under the church or in a smaller, separate building, as the other entrants had… 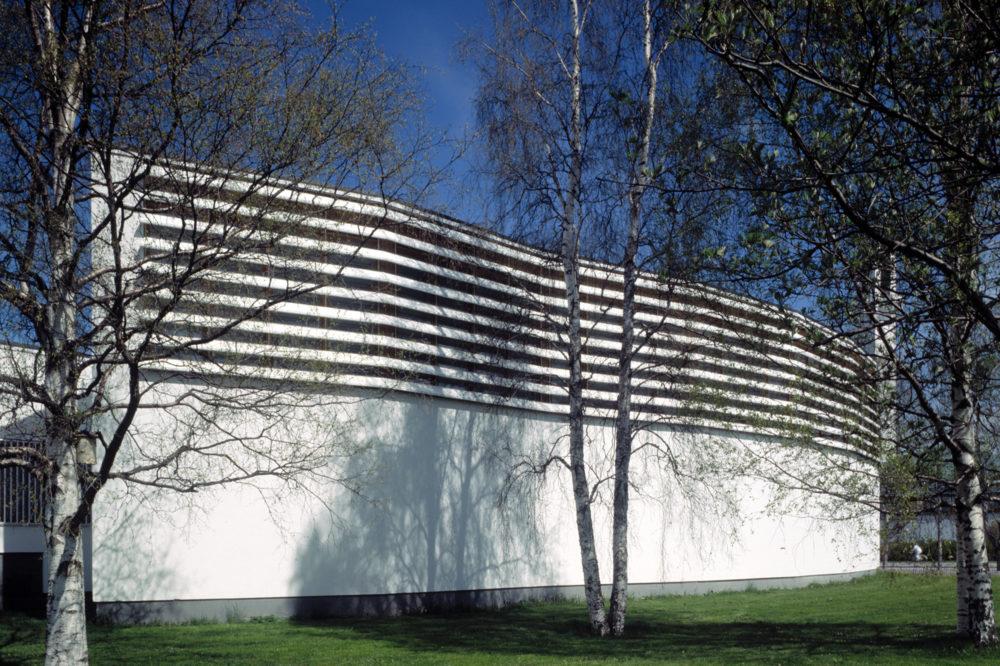 The Seinäjoki Library was designed as a part of the Aalto Centre in Seinäjoki and the building completed in 1965. Originally the public and other working spaces were mainly located on the ground floor of the building whereas storage and exhibition spaces were located downstairs. Aalto also designed the main… 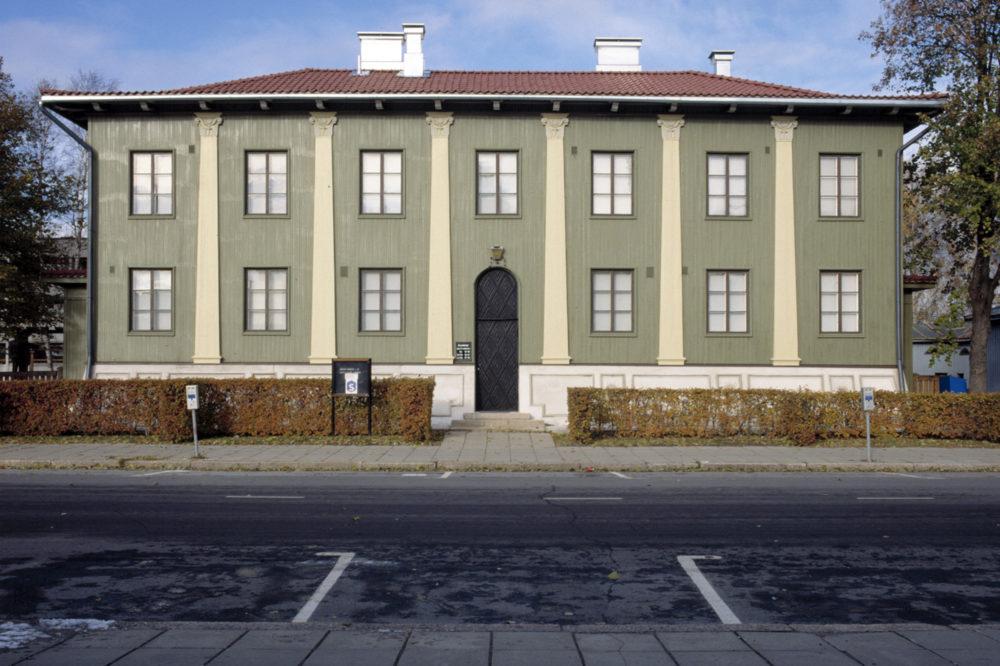 Seinäjoki is located approximately 400 kilometres away from Helsinki. From Helsinki you can reach Seinäjoki with a train or by Onnibus or by Matkahuolto bus. Travellers can reach the Aalto Centre in Seinäjoki easily, because trains arrive right in the heart of the town. Many of the buildings are open to the public during ordinary office hours.

You can visit the magnificent Cross of the Plains Church, have lunch at the theatre building restaurant, and pop in in the library building restored to its original brilliance some years ago. The Civil Guard and Lotta Svärd museums are located in the Civil Guard building designed by Alvar Aalto. The best way to get to know the attractions and their background is to do it on a guided tour. Check the new Aalto tours in Seinäjoki

Travel programs and guided tours in Seinäjoki region with Visit Lakeus Oy Inquiries via email sales@visitlakeus.fi or by calling +358 (0)6 420 9090.

A guided walking tour led by a Seinäjoki or site guide in the Alvar Aalto Centre, where buildings visited will include, among others, the Lakeuden Risti Church and Seinäjoki City Hall. Along with buildings designed by Aalto, we will also see the architecturally spectacular Apila library, completed in 2012, which is located right next to the Aalto Centre and is connected to the Aalto library by a walkway. Duration 1.5 – 2 hours.