Entrance fee: Viewable from the outside

When Finland was selected to host the 1952 Summer Olympics, it also contributed to the construction of the current Helsinki-Vantaa Airport. Scheduled air traffic in Finland had also grown rapidly at the turn of the 1940s and 1950s. Malmi Airport, which had been completed in 1936, was no longer able to meet the growing demand, and a decision was taken to build a new airport. The Helsinki-Vantaa Airport (1952) was completed just a little over a month before the start of the Olympics, and soon afterwards Alvar Aalto’s Architect Office was commissioned to design employment housing for the staff of Finnair’s predecessor Aero Oy in proximity to the new airport.

In early drafts from 1952, the terraced houses of Aerola were originally placed right next to the brand new airport. Later, in 1953, the site for the new residential area was relocated to its current location, a little further from the airport. Aerola’s terraced house complex consists of two identical 2-storey terraced houses stepping on a slope, each comprising 20 apartments of different sizes.

Entrances open on both sides: the west side gives access to the studios and one three-room apartment located on the south end of the building, while the three-room and one four-room apartments, which develop on two floors, have entrances on the east side. Each apartment has an independent entrance fronting onto a small courtyard area. The garages are located at the end of the buildings, and the basements include separate storage rooms for all of the dwellings. In the middle of the plot, between the two rows of houses, stands an L-shaped building that houses the sauna, laundry room and heating centre.

This whitewashed building complex was constructed between 1953-55, originally planned as part of a larger entity, which also included four apartment buildings and a few detached houses. After the first phase consisting of the terraced houses and the sauna and laundry building, however, the project was not developed further, and a vocational school was later built on the site.

Aerola’s terraced houses complex is an important historical entity within the city of Vantaa. In order to protect it, the city even altered an originally approved redevelopment plan in 2008. In addition, some elements of the interiors of the apartments are also protected by law. The year 2018 saw the beginning of renovation works in Aerola under plans made by the architectural firm A-Konsultit in connection with the Vantaa City Museum and the Alvar Aalto Foundation. Renovation of the first terraced house was completed in the spring of 2020 and renovations of the second house have since begun. 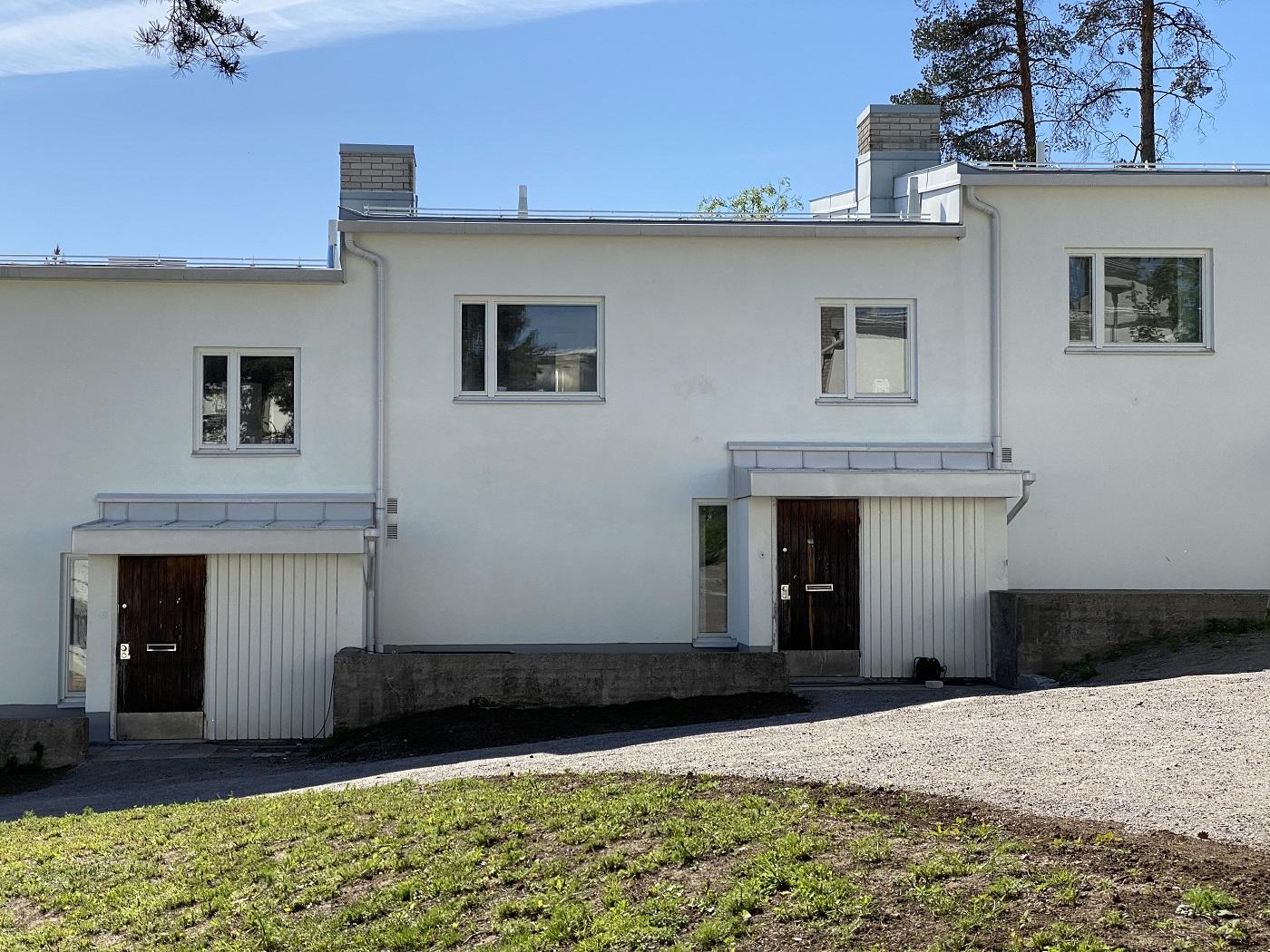 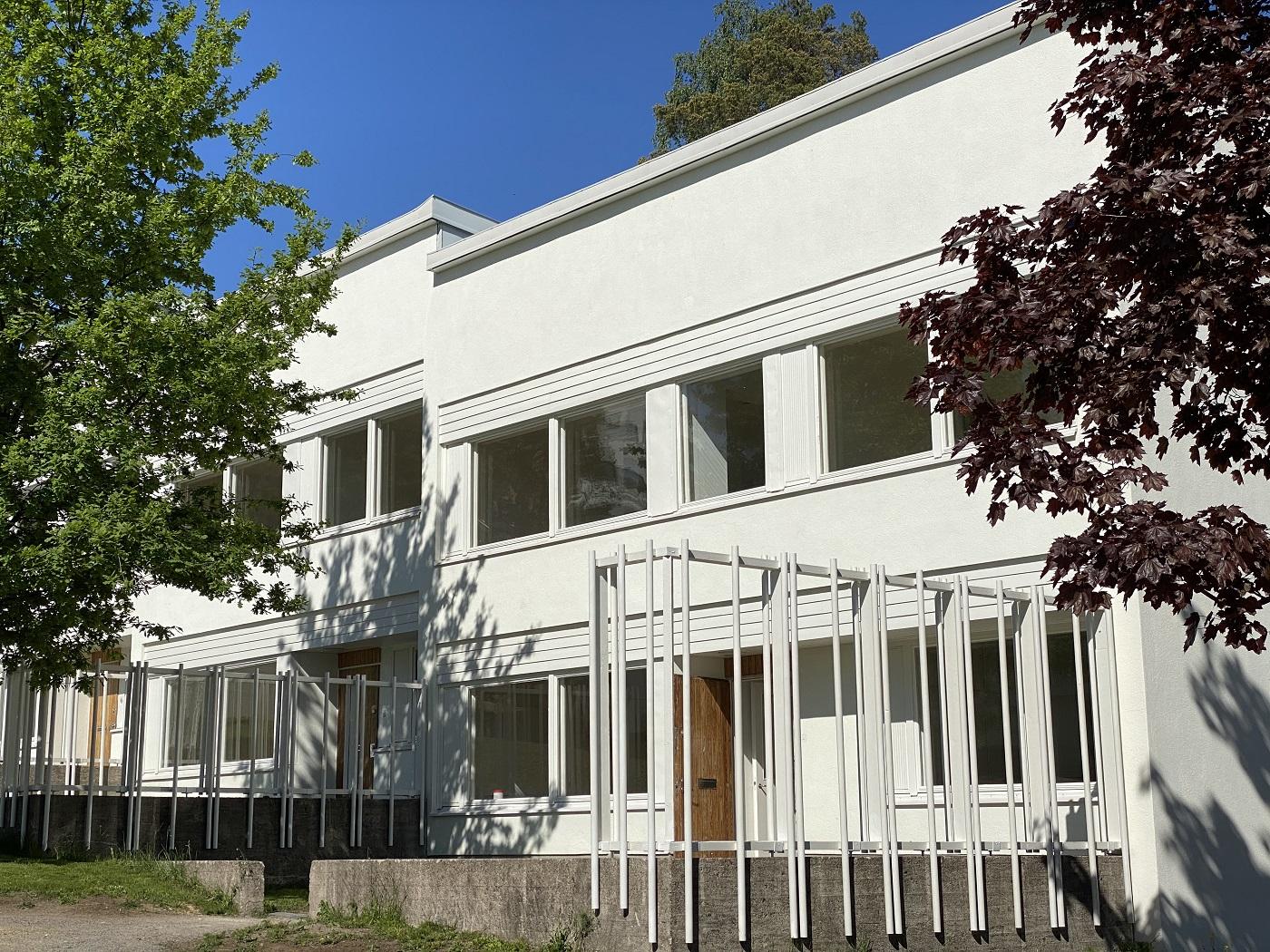 Aerola's terraced houses complex is an important historical entity within the city of Vantaa. In order to protect it, the city even altered an originally approved redevelopment plan in 2008. In addition, some elements of the interiors of the apartments are also protected by law. 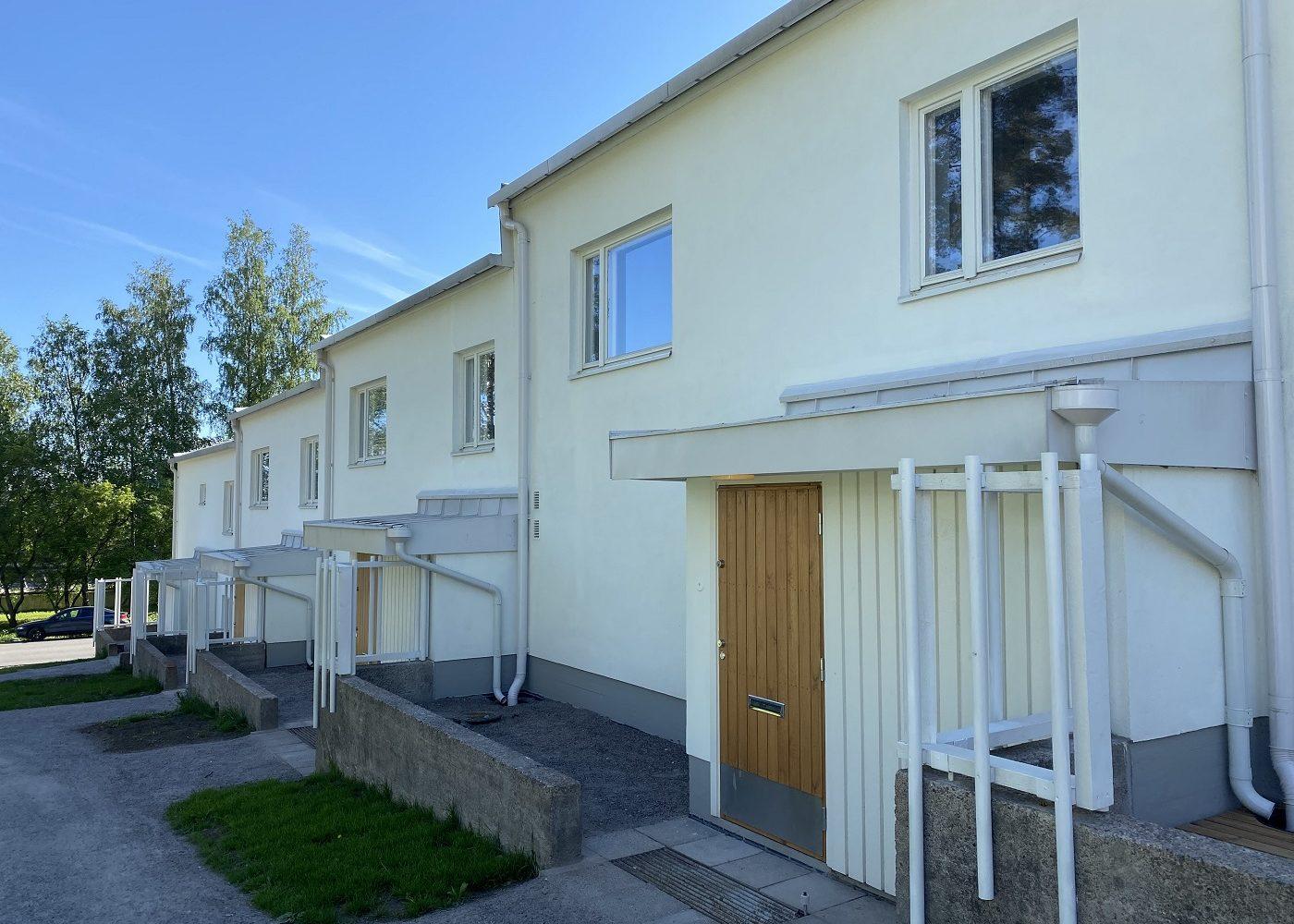 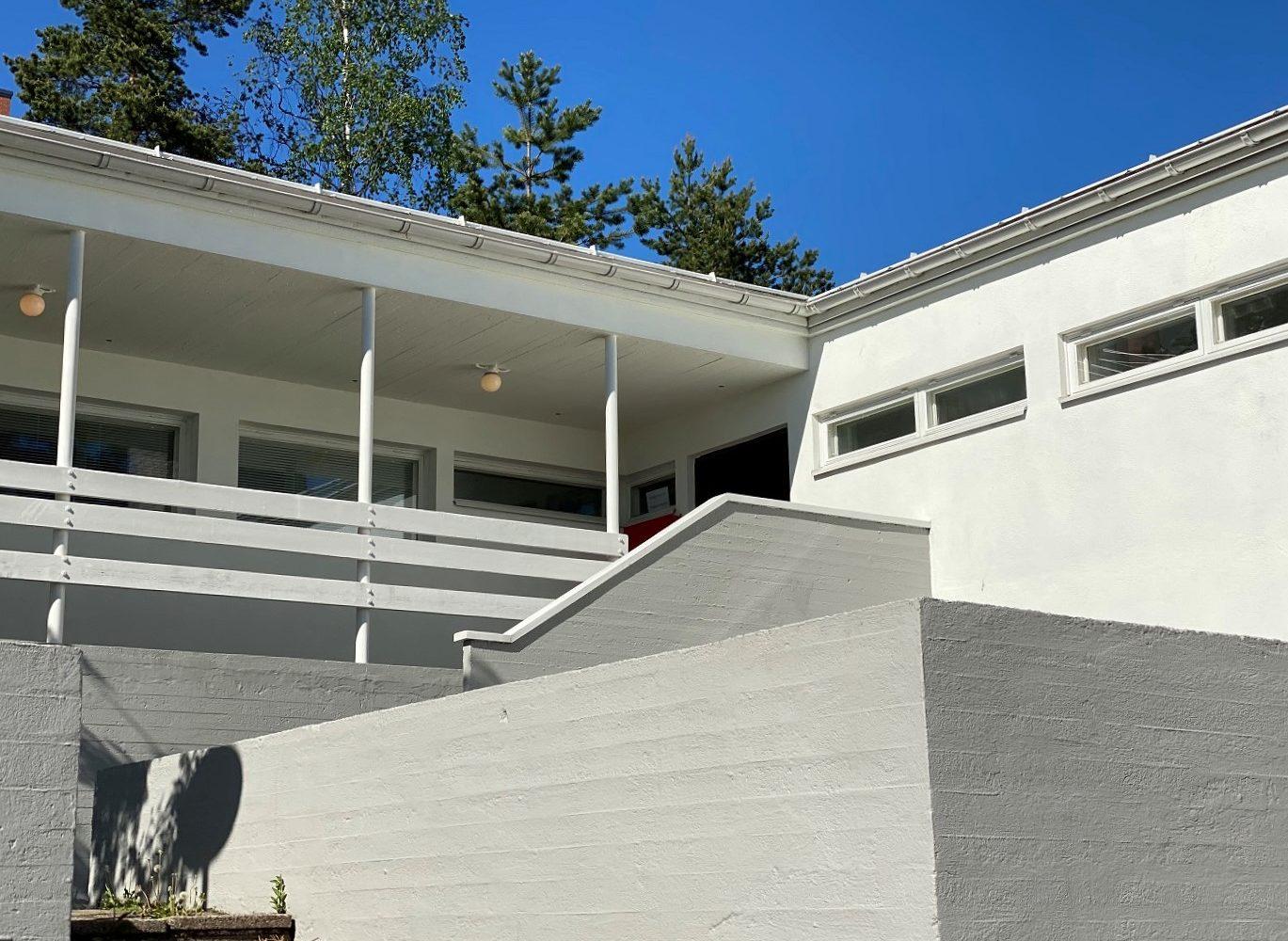 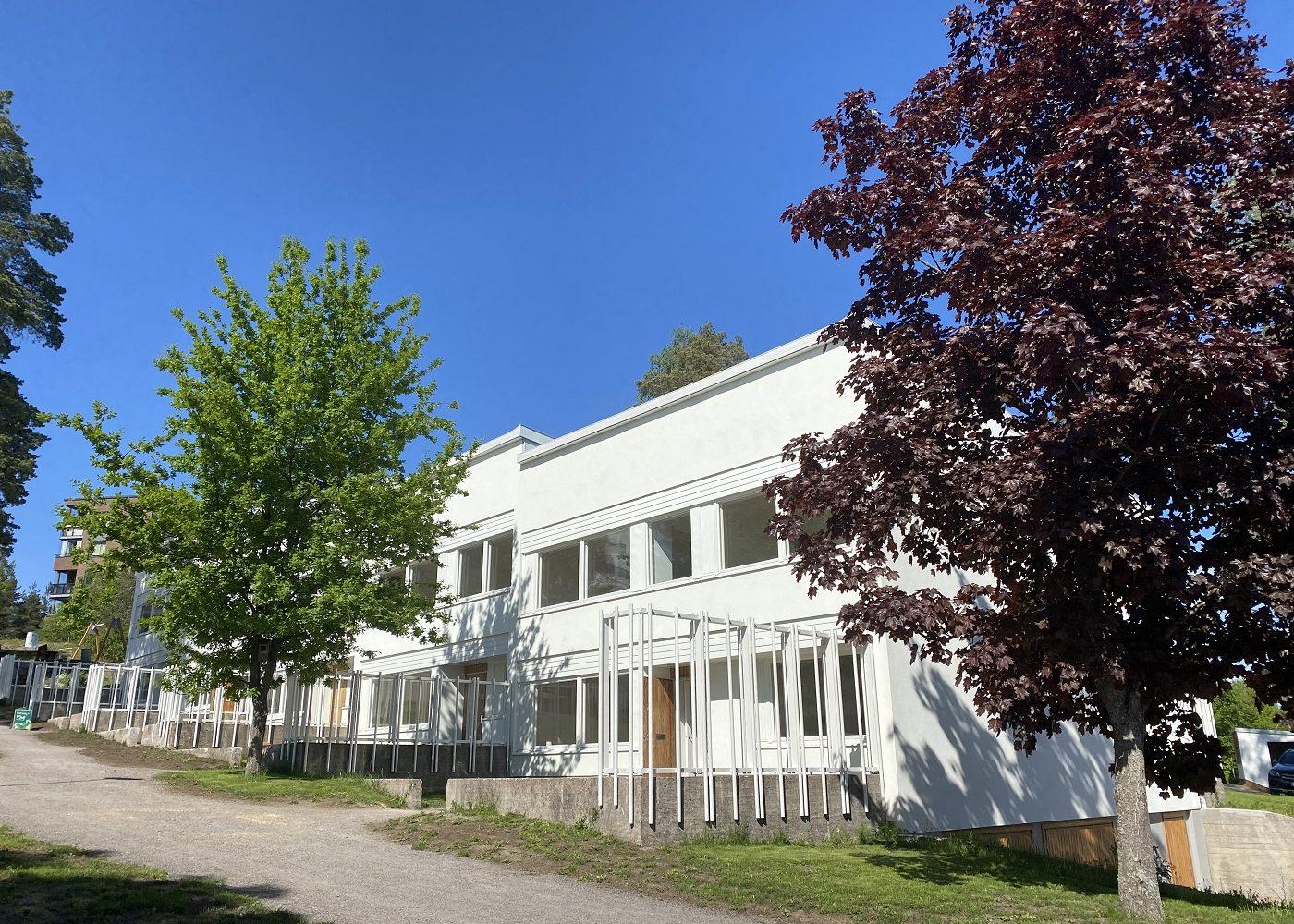 In 2008 an alteration of the city plan was enforced in order to protect the Aerola terraced houses. Photo: Elina Liukkonen, Alvar Aalto Foundation

Aerola’s terraced houses are located in the current Aviapolis metropolitan area in Vantaa, on Pyhtäänkorventie 23. Aalto’s terraced houses can only be admired from the outside, as the buildings are privately owned.

Aerola is conveniently accessible from the city centre of Helsinki by local airport trains I and P. The nearest stop to Aerola is Aviapolis. The distance from the Aviapolis station to Aerola is about 1.5 km. You can check timetables and routes from the journey planner.

Read more about sights in Vantaa