Tours: Inquiries about guided tours in Sunila, contact Kymenmatkat Oy by calling +358 5211 1600 or by email kymenmatkat@kymenmatkat.fi

The Sunila pulp mill and the adjoining residential area designed by Alvar Aalto are masterpieces of modern architecture. The pulp mill was said to be the most beautiful in the world and it was presented at the World’s Fair of Paris in 1937 and of New York in 1939. The mill or the head office with the original interior designed by Aino Aalto unfortunately cannot be visited.

The Sunila project (1936–38, 1947, 1951–54) is the largest that was completed according to the original plans of Aalto. Sunila is located on the estuary of river Kymi, by the Gulf of Finland. The residential area is spacious and close to nature, the houses blend in the pine trees and green fields. In addition to the 12 terraced houses and apartment buildings there is the manager’s residence Kantola, a sauna by the sea and several maintenance buildings. The Sunila residential area is protected by law due to its architectural values.

One of the largest industry investments of its time

Sunila is the most extensive project realised closely according to Aalto’s plans. The area is considered to be a culturally valuable built environment and the regulations in the detailed regional plan guarantees the architectural conservation.

The southeastern Finland industrialized rapidly when several sawmills were built on river Kymi from the 1870s onwards. In the economic boom of the mid-thirties five companies within the paper industry decided to start together a new sulphate cellulose mill in Sunila. There was also a need for housing for the employees of the new company.

One of the five companies cooperating in the pulp mill project was Ahlström, whose manager, Harry Gullichsen, was a friend of the architect Alvar Aalto. Gullichsen was also chairman of the board of the Sunila Company and thus influential in appointing Aalto for the project. At that time Aalto had already gained international fame. The Aalto-Gullichsen friendship evolved around a common interest in modern ideas about architecture, art, technology and social progress. Lauri Kanto, the technical manager at the nearby Halla pulp mill, was appointed leader of the planning team, with Aulis Kairamo as chief engineer. These four men worked in unison to build an industrial community with state-of-the-art technology, housing and social facilities. The building of the mill began in 1936, the residential area in 1937 and pulp production started in 1938.

Sunila, the first “Forest Town” in Finland was a model for planning the housing in the post-war Finland. Until the 1960s Sunila was as a traditional and hierarchical industrial community, yet a modern neighbourhood with welfare services. The company took care of its employees for instance by offering health insurance fund and enabling sport activities. The rowing team of the local sport club Sunilan Sisu won the bronze medal at the 1952 Helsinki Olympics.

The Sunila town plan is based on the free placement of buildings and the interaction between the built and the natural environment. The arrangement of buildings is fan-shaped, so that there is a landscape view from every apartment. The surrounding nature is lush and barren at the same time, characterized by pines.

Go east from Helsinki and visit the Kotka – Hamina region!

The Kotka – Hamina region is situated on the southeast coast of Finland, only 1 hour drive from Helsinki. The cities of Kotka and Hamina and the towns nearby are attractive seaside destinations with relaxed lifestyle and maritime culture. See the interesting exhibitions of the Maritime Centre Vellamo, explore the history outdoors in the Salpa defence line and the former military zone islands. Enjoy the river Kymi, the seaside nature and urban gardens, visit the beautiful churches and other sights. Experience authentic landscapes and historical milieus. We know all this sounds a bit too much to take, but hey, we recommend to stay a little longer with us! 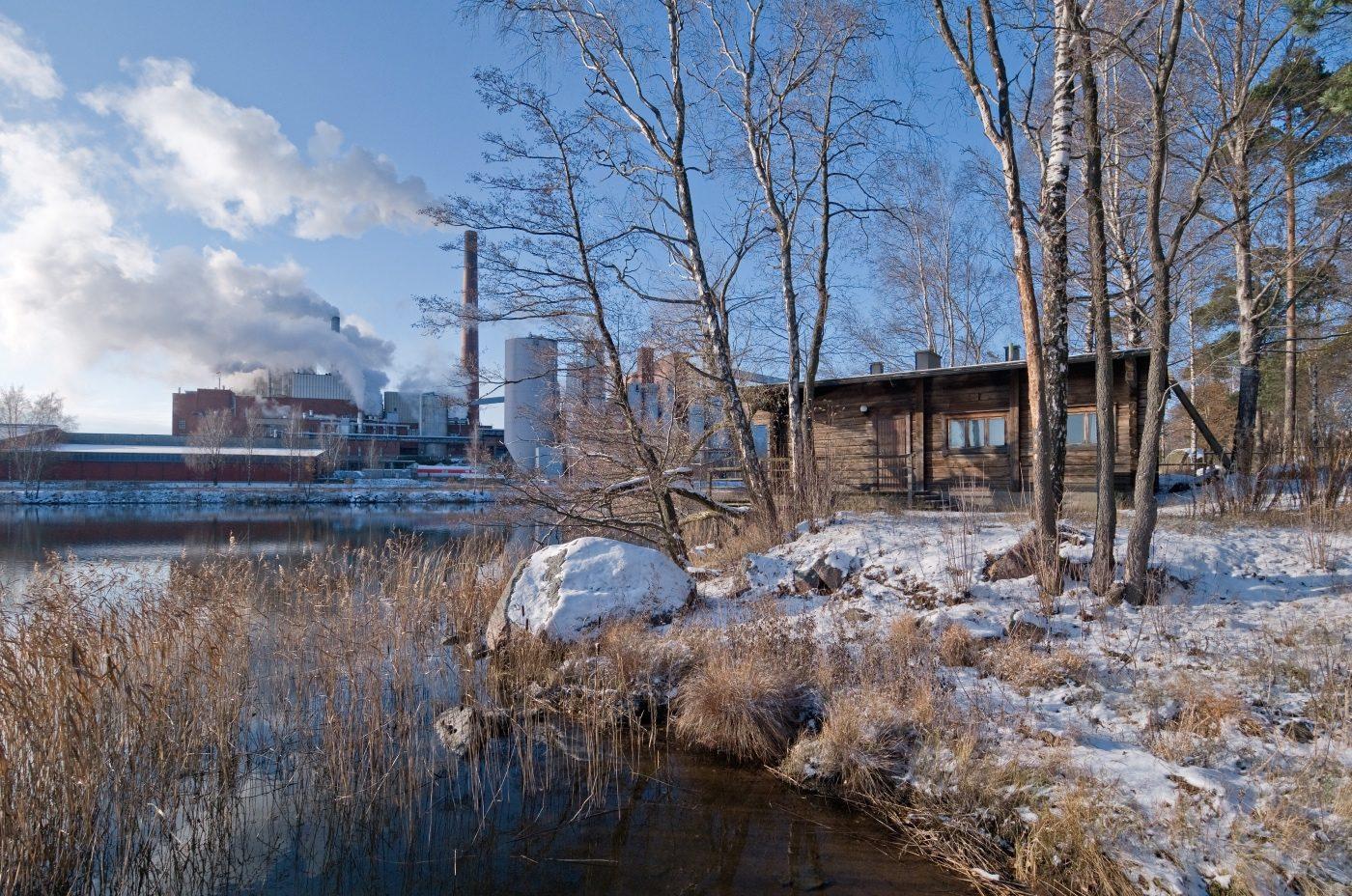 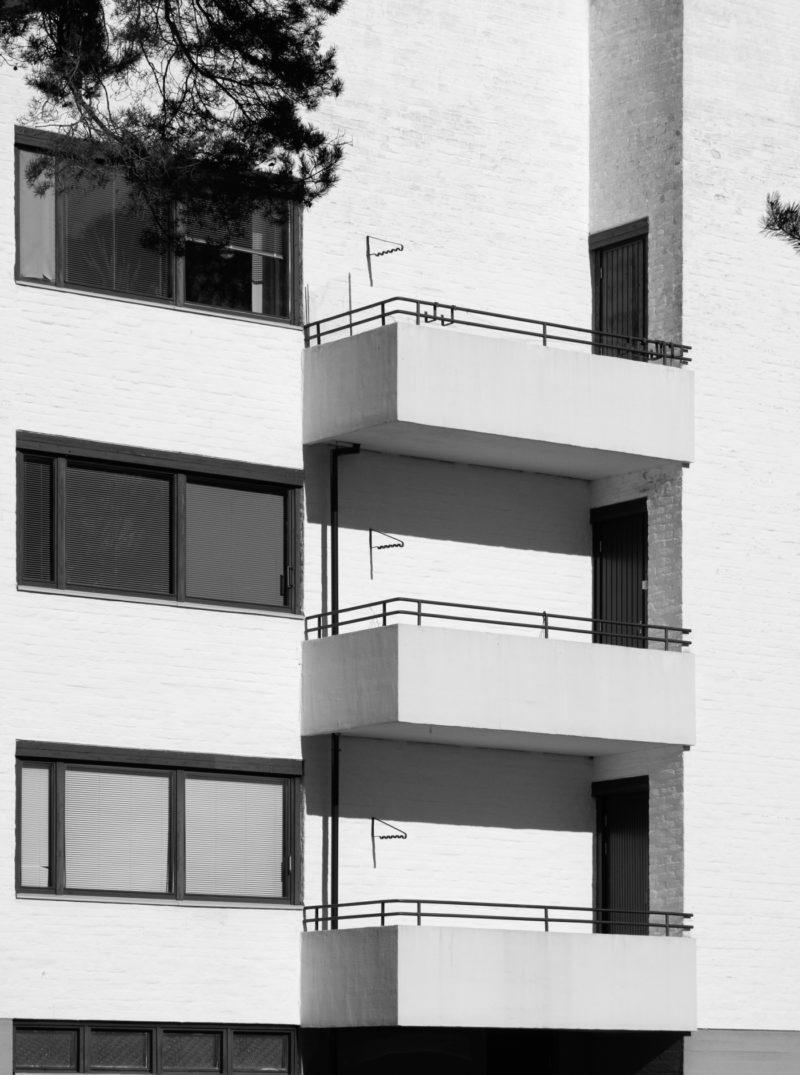 Sunila, the first “Forest Town” in Finland was a model for planning the housing in the post-war Finland. 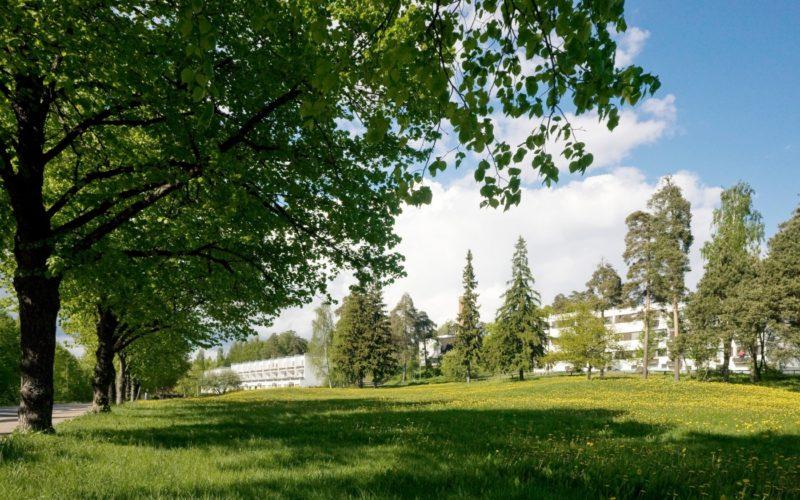 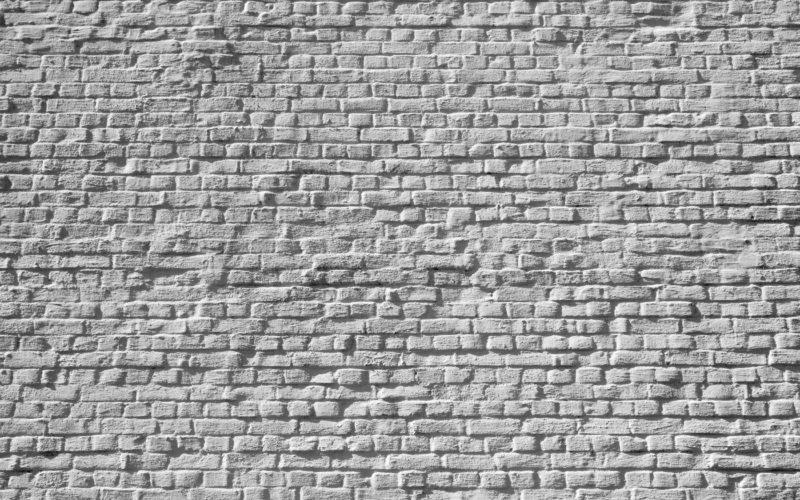 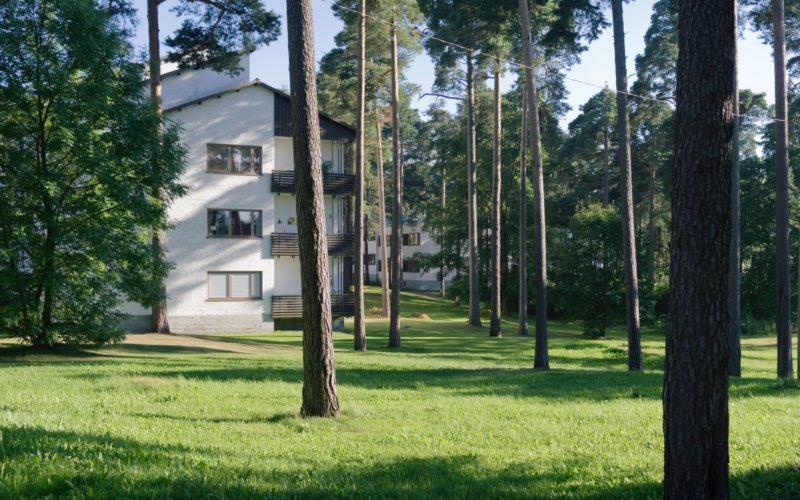 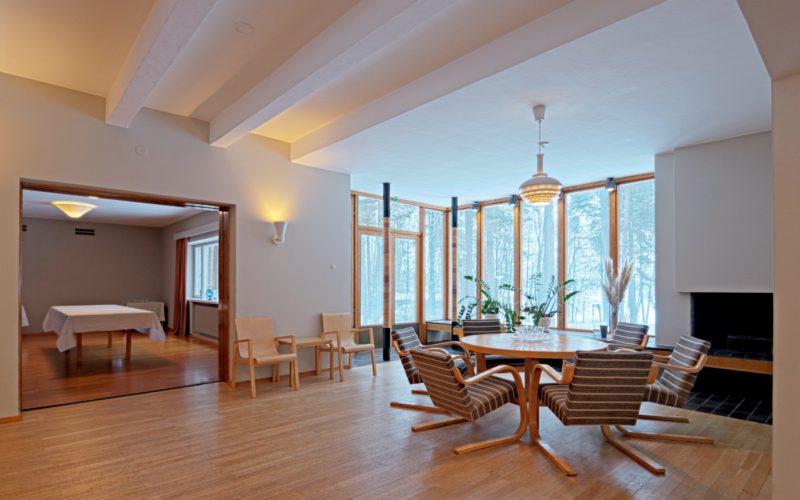 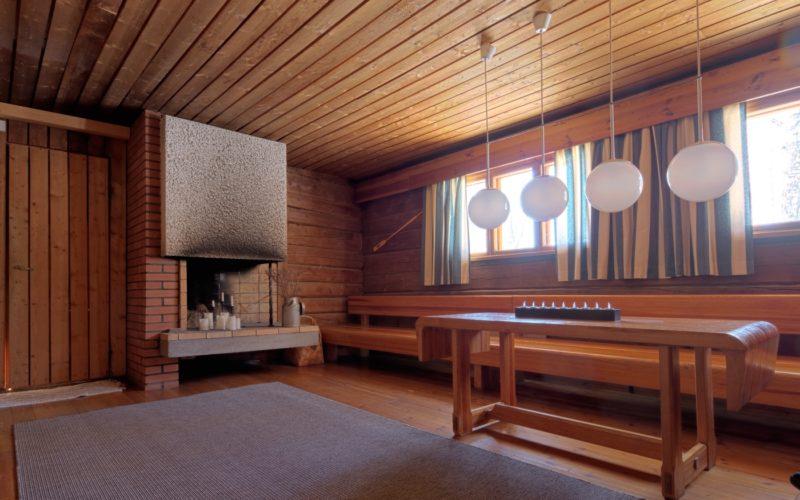 Sunila is located in Kotka, by Suomenlahti coast. Distance between Helsinki and Sunila is approximately 135 kilometres. You can either take a Matkahuolto bus, Onnibus or a train to get to Kotka. Local buses in Kotka operate in the area and the best connection to Sunila is by bus 1, 5B and 6. You can also order a taxi in Kotka upon your arrival by calling +358 100 87227.

Have a cup of coffee and explore with a mobile guide

Stop by and have a cup of coffee at the heating plant! Alvariska is a friendly communal cafe and
open from Monday to Friday 8 – 15. In the evening you can check the local corner bar Pikku-Sini.

You can also enjoy outdoor activities. In winter the sport field is turned into an ice rink with a ski
track on the outer lane. The wonderful Äijänniemi beach is only 2 kilometers away from Sunila.
The barren beach with heath forest is c. 100 meters long and is very suitable for children, because
of it´s shallow and sandy bottom. There is a locker room and a toilet, children’s playground and a
beach volley court. At the beach there are also picnic tables and a place to grill. The nearby trails
are suitable for recreation in the forest.

The VisitKotkaHamina mobile guide is available free of charge on Android, IOs and Windows phones and tablets.

Please note that you can purchase publications about Aalto’s architecture in Sunila from Alvar Aalto web shop!

Inquiries about guided tours in Sunila, contact Kymenmatkat Oy by calling +358 5211 1600 or by email kymenmatkat@kymenmatkat.fi
Book your visit