Entrance fee: Viewable from the outside

The Hansaviertel residential area in West Berlin was built for the 1957 Interbau Building Exhibition. After the devastation of World War II, the area was rebuilt following principles of international Architectural Modernism. 53 architects from 14 different countries were invited to the project, Alvar Aalto being one of them. In Aalto’s office, design work for the apartment building began in 1954. Aalto made plans for several potential sites around the exhibition area until it was decided to build the “Haus 16” project right in the heart of Hansaviertel, near Hansaplatz Underground Station.

The Hansaviertel area consists mainly of high-rise apartment buildings and of some smaller residential buildings. Placement of buildings was designed in order to maximise natural daylight exposure and good park views for the apartments. Most of the buildings in the area are of concrete construction and feature predominantly white and gray color. 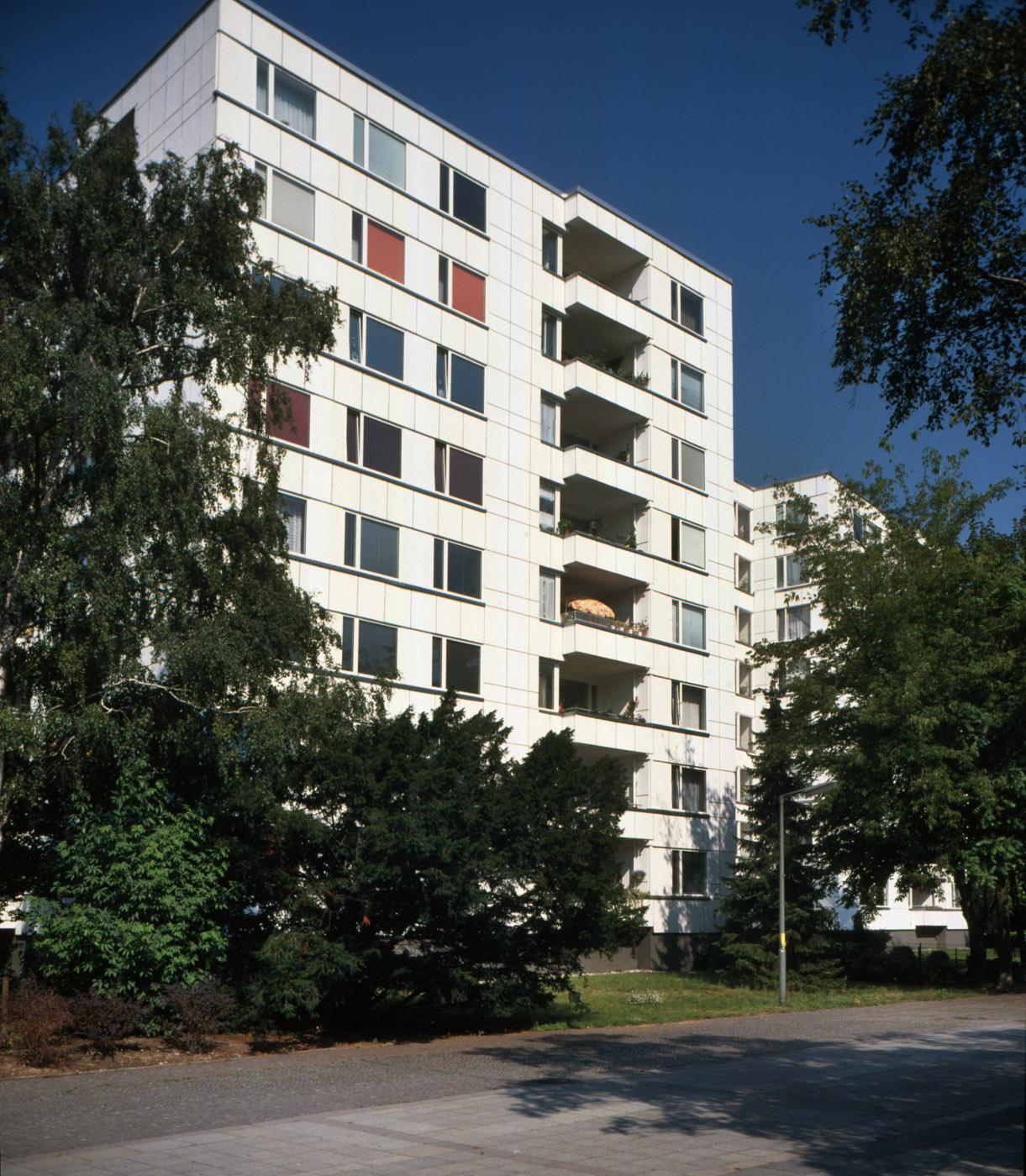 Alvar Aalto’s Hansaviertel residential building has a total of 78 apartments, most of which are 83-90m². Photo: Maija Holma, Alvar Aalto Foundation 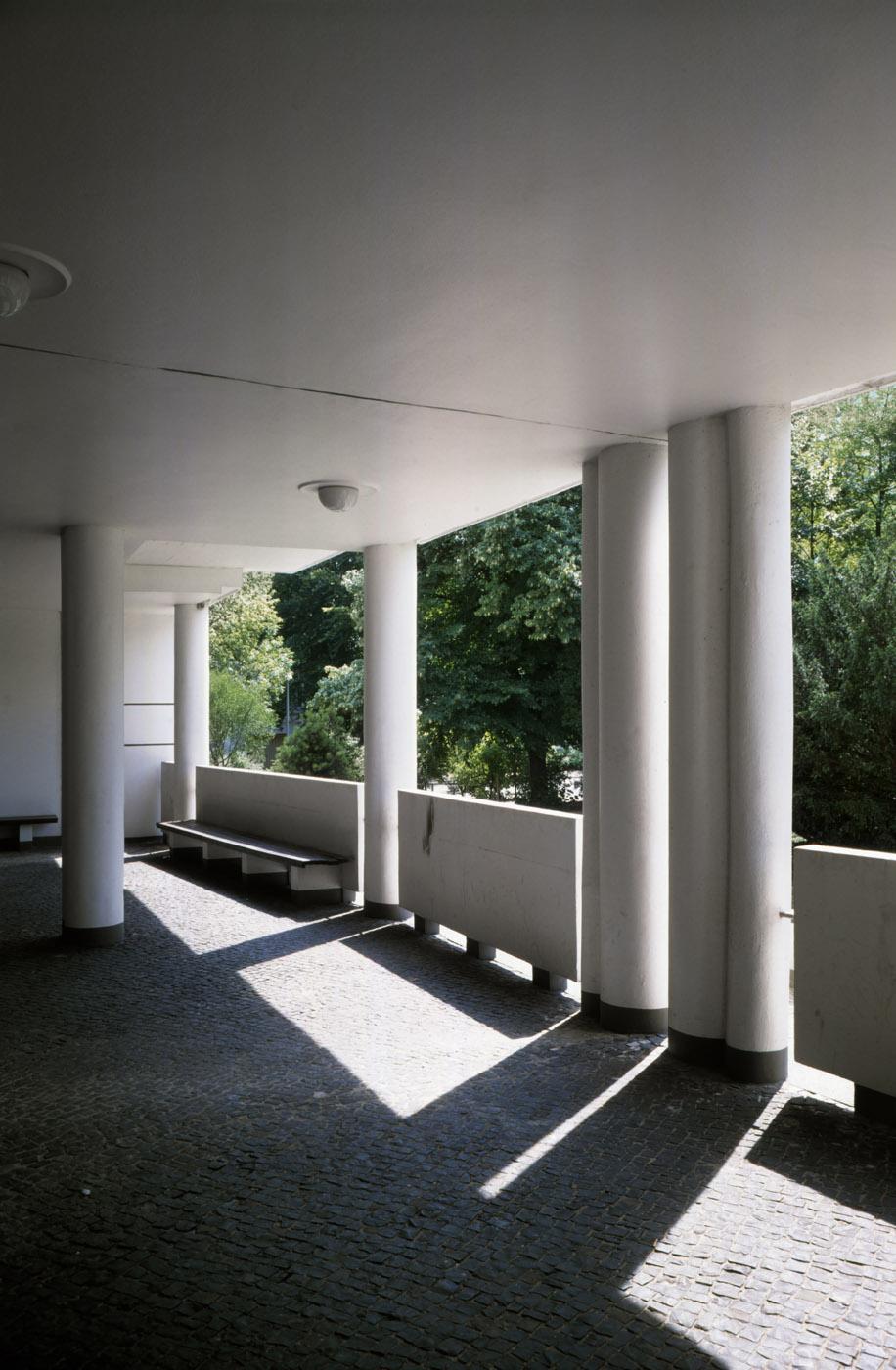 The column-supported, open and covered outdoor space connects the opposite sides of the building. Photo: Maija Holma, Alvar Aalto Foundation

In Aalto's office, design work for the apartment building began in 1954. Aalto made plans for several sites around the exhibition area until it was decided to build the "Haus 16" project right in the heart of Hansaviertel, near Hansaplatz Underground Station. 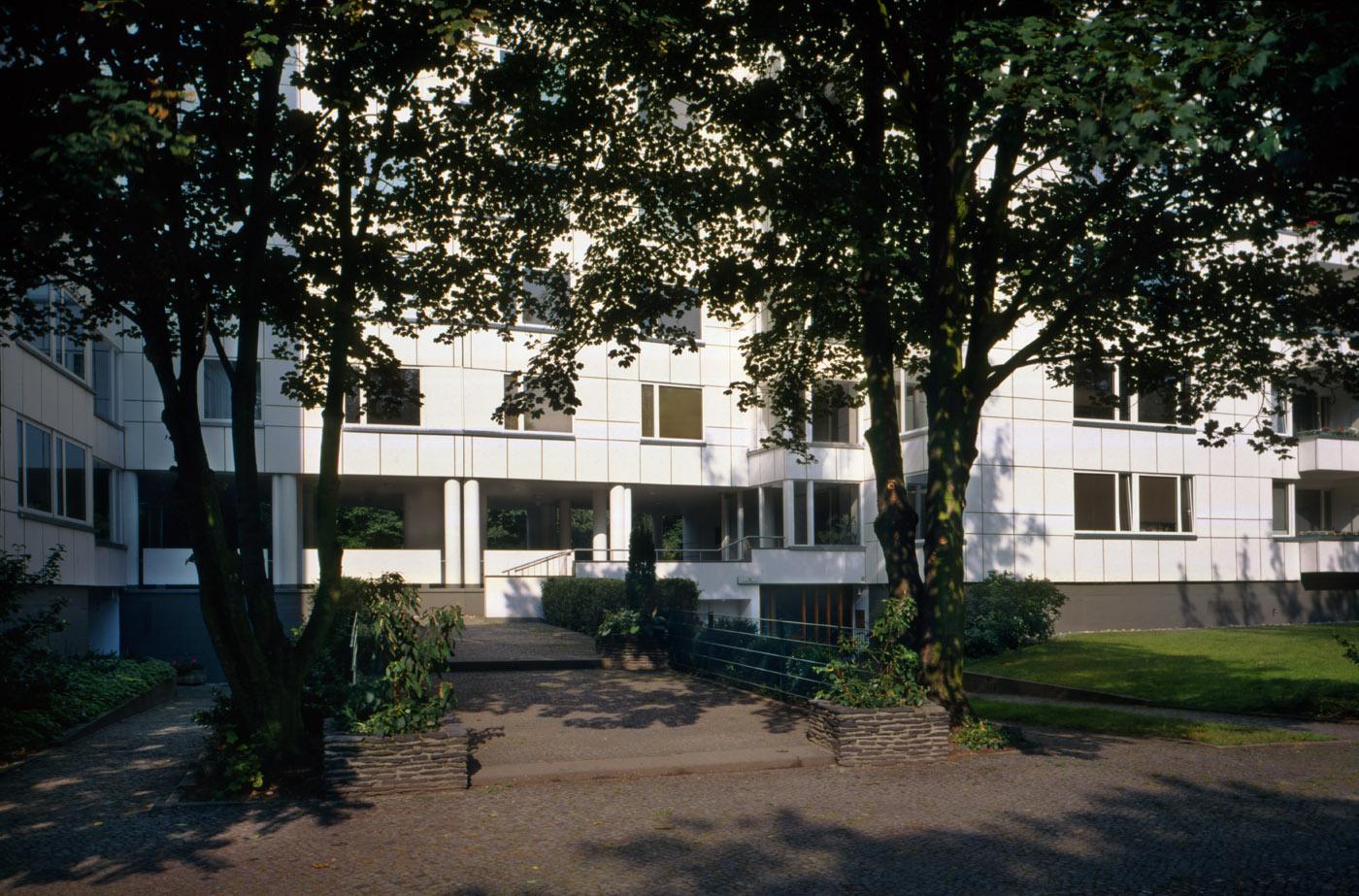 Viewed from the west, the building looks straightforward, but on the east it appears as if it were two separate house buildings. Photo: Maija Holma, Alvar Aalto Foundation 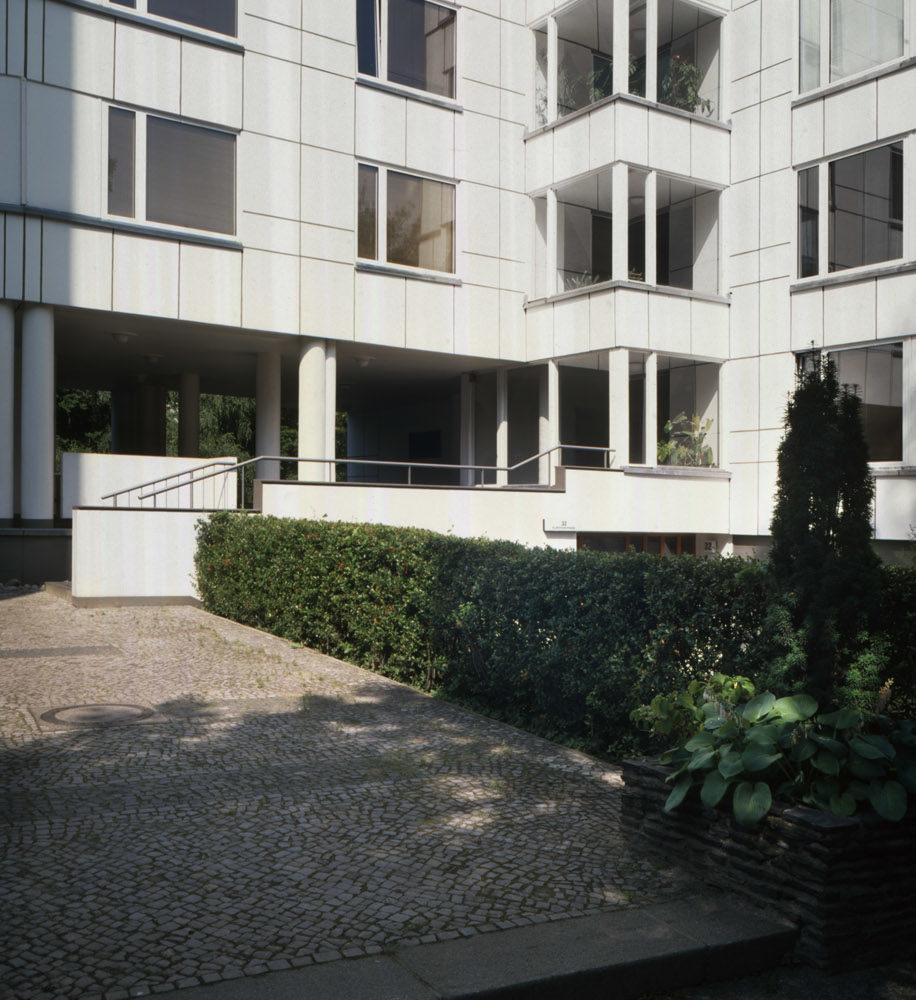 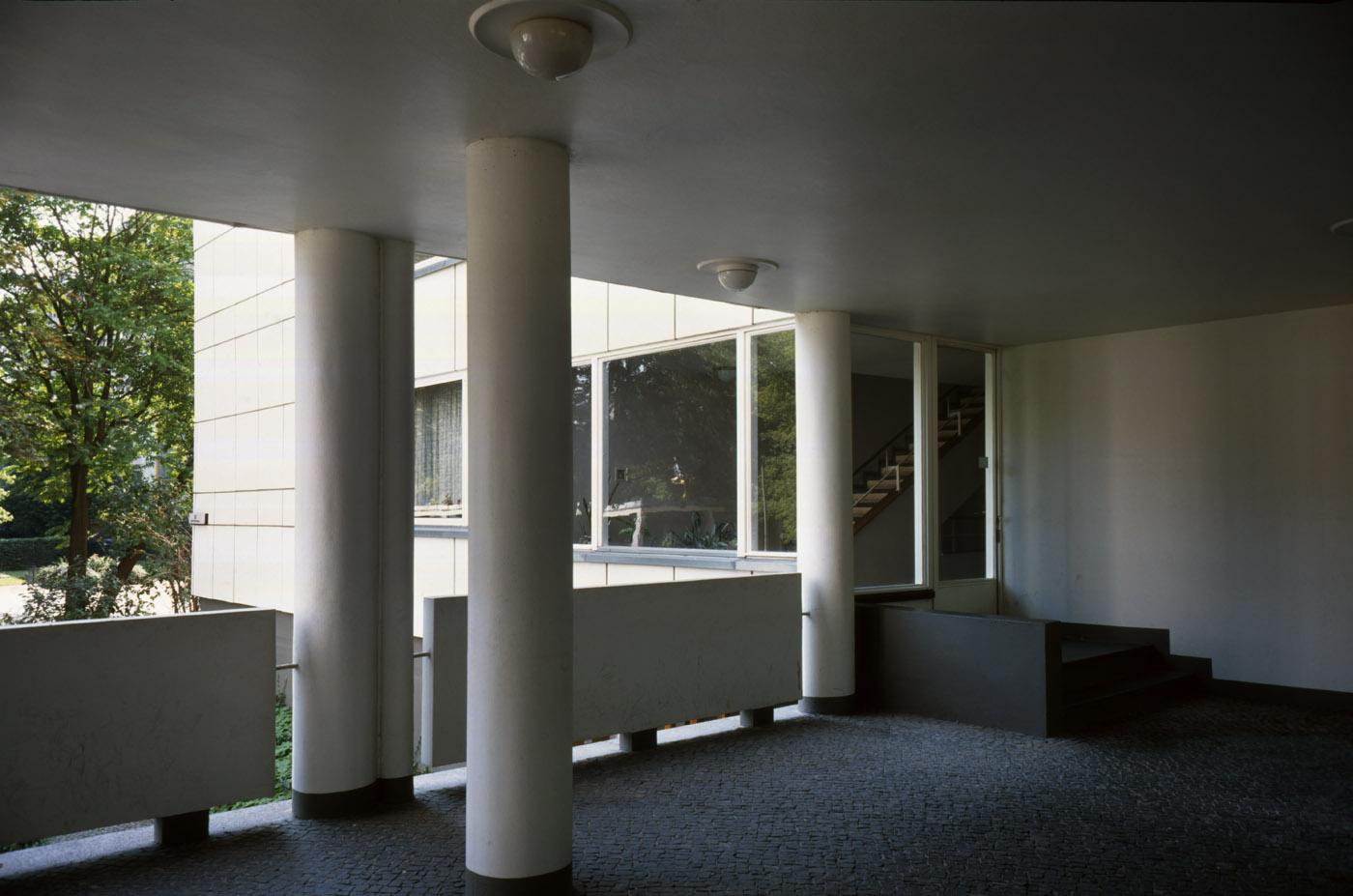 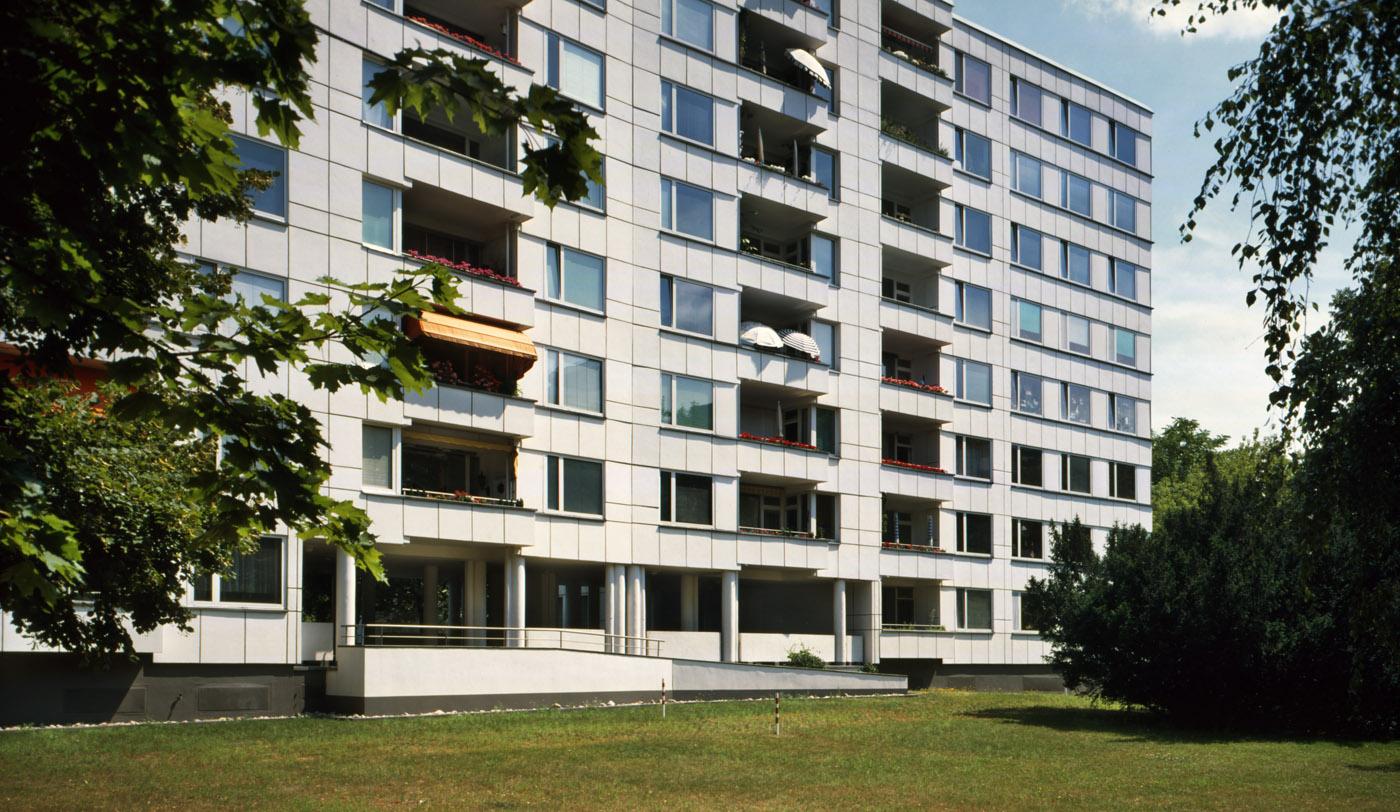 The building was positioned to maximise natural daylight and to give good park views from the apartments. Photo: Maija Holma, Alvar Aalto Foundation

Hansaviertel is located in the Mitten district, near to the city centre of Berlin. The Hansaviertel residential area is easily accessible by public transport. Hansaplatz Underground Station is within walking distance of the Aalto-designed building. Please note, residential buildings can be seen only from the outside.

Home / Hansaviertel Apartment building “Haus 16”
We use cookies to ensure that we give you the best experience on our website. If you continue to use this site we will assume that you are happy with it.OkRead our Privacy policy